A speech/speed lecture in support of Sustainable Development Goal No 1: “Eradicate Poverty” delivered by the Chairman of Oyo Global Forum, Dr Seun Kolade at the Hawthorn Square, inside De Montfort University campus, on 18 October 2018, being a part of the university’s 24-hour #LoveInternationalcampaign. 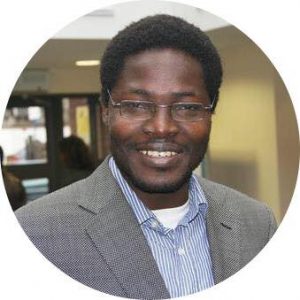 Fifty five years ago, in April 1963, Dr Martin Luther King Jr penned his now famous “Letter from Birmingham Jail”. In response to those who accused him of being an extremist and a rabble-rouser, Dr King said he was indeed an extremist of some sort: an extremist for love, an extremist for justice. He invoked the biblical prophet Amos, who millennials before had urged the corrupt elite and the complacent compatriots of his day to “let justice flow like a river, and righteousness like a mighty stream”.

The theme of justice has continuing relevance in our age. It resonates strongly as we think of hundreds of millions of people who live under oppressive regimes; as we remember the schoolgirls abducted by Boko Haram terrorists a few years ago; as we consider the plight of an estimated 40 million in modern slavery. While we must continue to use our energy and resources to fight these evils, today I invite you to focus attention on another great evil of our times: Poverty.

Today, about 600 million children live in extreme poverty. They belong to families who have no means to provide food or clothing, and who cannot afford to take their sick children to the doctor. According to FAO, about 815 million people suffer from chronic undernourishment, and about three billion people live on less than $2.5 a day. Perhaps the most tragic fact is that this level of poverty is happening in the age of unprecedented wealth for the world. According to Global Wealth Report, global wealth rose in 2017 at a rate of 6.4% to reach $280 trillion, outpacing population growth. However, the global gains in equity is more than matched by the global rise in inequality. Forty per cent of the world’s population accounts for 5% of global income. On the other hand, twenty per cent of the world’s population accounts for three-quarters of world income.

Poverty is the great scourge of our age. It is a stain on the conscience of the world, an indictment of our essential humanity. It is a plague and a disease that must be fought with utmost vehemence.

Yet, the poor of the world do not merely seek to be cast as pitiable, helpless souls. In the most difficult of conditions, they are simply getting on with it.

The wretched of the earth may be lacking in opportunity, yet they are not lacking in agency. The artisan in Bali may need to up his skill, yet he does not seek our pity. The Nigerian farmer is not begging for alms, he just wants to get his produce to the market. Throughout the world, millions of people shut out of formal institutions and neglected by national governments, are exercising their entrepreneurial agencies to create value, generate income, and beat the poverty trap.

Theirs is an uphill struggle, not for lack of effort, but for lack of opportunities. Their endeavours are made difficult by bad Samaritans who, once they reached the top, kicked away the ladder; by those who, while they preach the gospel of free trade, have shut the doors and mount the walls of tariffs and restrictions.

Yet wealth creation does not have to be a zero-sum game, nor does sustainable development. The most effective strategy to fight poverty is to pull down the walls and open opportunities for entrepreneurs at the bottom of the pyramid to break into the mainstream. The old paradigm of development interventions must give way to a new approach of entrepreneurial support. Paternalism must give way to partnership. Enterprise must lead the way.

Let us come again to Dr King. When he invoked the metaphor of a river and a mighty stream, he was addressing the key problem of access- how millions of African Americans were shut out of the justice system, excluded from the opportunities for the pursuit of happiness. Today, we reflect on the global scourge of poverty, and how billions are shut out of sharing in the world’s wealth. The clarion call today is to break the barriers, open opportunities and provide support for millions of the world’s entrepreneurs. Only by doing so can we truly let wealth flow like a river, and riches of the earth like a mighty stream!